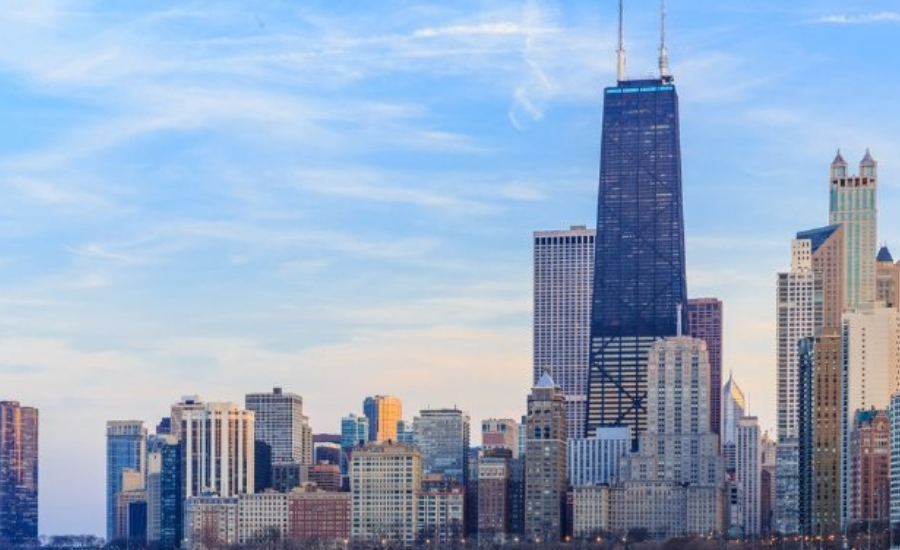 “You have to ask “why” a million times – to understand what aspects of consumer preferences are rooted deeply in history and culture.”

A native of Poland, Agata Mitchell, was a leader in Sales and Logistics for Kraft Foods for over 20 years. She has managed businesses spanning Europe, the Middle East, Africa, and North America. Agata has lived in Poland, the UK, and the US with her English husband and two children.

Craig Martin: Who were some of your role models growing up?

Agata Mitchell: My most important influence was my mother. I grew up within a family with a strong female influence.

My mother has always been a very strong, opinionated person. I grew up understanding it is my right to have an opinion. She would always encourage me, “Do what’s right.” In her world there is no grey.

So I learned from her the importance of very strong integrity and values.

What cultural values did you learn growing up to which you would attribute some of your success?

There are certain well-known traits of Polish people: hospitable, hard-working, proud, indomitable, rebellious, tenacious, and resourceful entrepreneurs. But we are also vocal, argumentative and often see the glass half empty. These are all deeply rooted in our tempestuous history. I can honestly say I do exhibit all of them.

I think it is important to be self-aware and situational. Being resourceful and tenacious has helped me many times to solve business issues and come up with solutions to drive growth. The fact that something has never been done doesn’t mean to me that it cannot be done.

What was it like to experience the end of Communism and adjust to Western approaches as a businessperson?

Coming of age as a young adult at the end of the Communist era in Poland was challenging but it was also a great opportunity. Corporations entering the Polish market looked for young, educated, English-speaking people not tainted by the old system. I was one of them.

We Poles were underdeveloped by decades. So I had a much steeper learning curve. And this learning was broad. I worked in sales but I had to do imports, logistics, finance. For us, silos were non-existent.

The challenges were big but so were the rewards. If you were good you were quickly promoted. And we had a lot of fun!

You’ve worked in many countries. How has your leadership style evolved whileworking across a range of cultures?

I have lived in Poland, the UK and America. I have done business throughout Europe, Africa and North America. Being exposed to different national and organizational cultures has softened me around the edges. I’m still a relatively “black and white” person, but I am more open minded and understanding.

For example, Polish people are said to be very argumentative. When I moved to the UK in 2000, I was made politely aware that at times I had come across as abrupt and aggressive. It was bizarre for me. I took a cultural class provide by Kraft. That helped me understand how my dry, direct style clashed with a very polite English one.

My leadership has evolved over time by embracing those differences. I had to look at them and appreciate them. I have become a softer version of a Polish leader.

In your view, how can companies leverage national culture?

Because my husband is English, this is something I think about every day!  I am an argumentative Pole and he is a diplomatic Englishman.

One of my friends, a great negotiator said it was difficult to have the English and Polish negotiate. If I know I’m right why would I compromise? I know what’s right and need to do what’s right.  For the English is all about win-win, finding the sweet spot – to move on and have beer. That saves a lot of time in negotiations.

Organizations can leverage these differences. If companies need to conduct a negotiation with someone who can compromise, bring someone other than a Pole. But if you need someone who can bring strong arguments and be tough, bring a Pole!

This is of course a simplification, but I do believe there are certain cultural traits that companies should leverage.

What approaches have you used to leverage organizational culture?

When I worked at Kraft we had this sense of family with a strong sense of dedication. You could see it, feel it everywhere I worked. And people either fit and loved it or didn’t and left quickly. The ones who enjoyed that culture worked hard, often at the expense of personal life. They smiled and were motivated and did great things, not because they were told but because they wanted to.

Because we were so close we could achieve significantly more. It was not just a job – we wanted to deliver the best. People wanted to go the extra 50 yards to deliver the best for the company. Bosses were absolutely fantastic. It created camaraderie. Even though we were a patchwork of personalities and cultures, when the team is close we just found a way of cooperating.

It is very easy to manage a team that feels like family and where people support each other rather than when you face a strong internal competition.

What have you learned are keys to influence at the highest levels of an organization?

With senior management I’ve always tried to build trust and reputation by delivering. Say what you do and do what you say. Then people listen to you more carefully.

However, this is an area where cultural difference pops up.

What worked well for me when I was operating in Central and Eastern Europe was speed, agility and aggressiveness. We had to work quickly and push because we were catching up after decades of communism and the market was on fire.

When I shifted to Western Europe, that style as aggressive woman didn’t work well for me. I didn’t recognize it initially. I felt I was doing something wrong but I didn’t know what it was. I had all these ideas, but I couldn’t get my message through. I didn’t feel heard or respected. The issue was that I was approaching every level the same way. I discovered the need to work with very senior Western European leaders differently.

As my great mentor once said to me: “You can’t always come as a tornado; you have to come as a tide sometimes.”

What advice do you have for leaders transitioning for the first time into new international or global roles?

Don’t be afraid to ask “why” a million times to understand what aspects of the business are rooted in history or culture and which are simply “we have always done it this way.” Then listen, listen, listen.

It’s also valuable to learn a local language. It can be difficult when you are in a new place, you try to get your family settled, you have a new job but your efforts will be rewarded. It’s a great icebreaker – it warms up the hearts of the locals. They love it when someone with broken language tries to open the conversation. Polish is one of the most difficult languages in the world so we love everybody who tries to learn it!

Looking out 3-7 years, what challenges do you expect global leaders will have to face?

I think maintaining brand loyalty will be, or is already, a big challenge – especially for older brands. Millennials are happy to experiment with new brands. More than other cohorts they like trying something because it’s new and local. There are plenty of start-ups that are not afraid to challenge spaces owned by big brands in many industries – look at food or clothing.

So how a brand stays relevant and competes successfully in the new world of “brand un-loyalty” is the challenge I see.

What has been your darkest hour and what steered you through this?

Life and business is a journey; there will be ups and downs. Down moments really mobilize me. I get a sharp focus and create solutions to get through. I’m really good in stressful situations. But what I learnt is the value of asking for help. Others might have a different perspective on the same situation. What I might think is the end of the world is seen by others as an opportunity. So I reach out more than ever and hear what others have to say.

I have also learned the need to bring things to surface early. Bad news early is better than bad news late. When challenges come along, others can help to address them and minimize consequences.